What is pattern language?

What is pattern language?

Pattern language is a method of sharing practical knowledge from past experiences. As we gain experience in everyday life, we develop our own ‘rules of thumb’. These ‘rules’ consist of practical knowledge about what actions produce good results in certain situations. By going through fundamentally similar experiences in various situations, our rules of thumb mature into reliable pieces of information that we can use to be more efficient or produce better results. For the most part, the rules of thumb are developed and used within the individual. This is only natural, but if you really think about it, it is a pity that useful information is generally kept inside individuals and never shared.

There are many downsides to this lack of sharing among individuals, one being that even if there is knowledge that someone has already found, someone else may spend a long time attempting to obtain such knowledge since it has not been shared. This also means that individuals will have to go through a process of trial and error before they find the best solution, which can be tedious and stressful. It is also difficult to communicate and work together when individuals have varying levels of experience and are not on the ‘same page’.

What if individuals’ knowledge and rules of thumb could be shared with others? People would then be able to learn from others’ experiences, and efficiently gain practical knowledge, even outside of design school. Furthermore, a group of people can use each other’s practical knowledge and be on the ‘same page’, which would make collaborating much easier. This sharing and mutual understanding is what the pattern language method can facilitate.

The patterns in a pattern language describe a piece of practical knowledge in the following format: context, problem, solution, and consequence. In this regard, the pattern first describes a ‘context’ in which a ‘problem’ is likely to occur, and then provides a ‘solution’ to the problem as well as the resulting ‘consequence’.

Each pattern in a pattern language has a ‘name’ that functions as a term that points to a particular piece of knowledge. By having these names, we are able to think about the patterns and discuss them with others. Put differently, by creating the patterns, what used to be implicit knowledge within individuals can be explicitly expressed. Pattern language allows people to learn about good practices in those fields in which they lack experience. Furthermore, groups can use pattern language as a common communication device between members for better collaboration.

In addition, he argued that, in order to create wonderful locations and places, the people that live there and know the area best must be involved in the design process. In order to do so, he looked for patterns in the way architects design buildings and wrote them in such a way that people outside of the architecture field could easily understand. By having the patterns as a common language, it became possible for architects and residents to think about and discuss the designs together. This was during the 1970s.

Approximately ten years later, the pattern language method was adapted within the field of software design where it gained huge popularity. Software patterns or ‘design patterns’, as they are commonly referred to in the field, describe practical design knowledge in software. Subsequently, patterns were applied in many more domains. People began to create patterns about how to design good teams and organisations, patterns about pedagogy, patterns for introducing new ideas in an organisation , etc. We have also created pattern languages on various topics such as learning, presentation, collaboration, policy design, social change, more everyday topics such as cooking, and patterns in the welfare domain that deal with the issue of dementia.

Although the subject of the patterns differs in each generation, they are all ultimately doing the same thing. Every pattern language describes how to create a better output in the context-problem-solution-consequence format, and assigns a name to each piece of knowledge. This is achieved in order to explicitly think and talk about design knowledge. 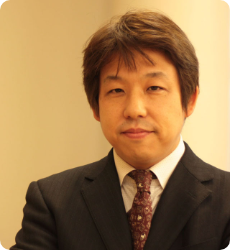 Takashi Iba is a Professor at Faculty of Policy Management as well as the Graduate School of Media and Governance, Keio University. He received a Ph.D. in Media and Governance from Keio University. He is a board member of The Hillside Group, which promotes the use of patterns and pattern languages and also sponsors several conferences and publications on pattern languages. He is also the president of CreativeShift Lab Inc., which provides goods to utilise pattern languages and services to support creating new pattern languages. He was a Visiting scholar at the MIT Centre for Collective Intelligence in 2009?2010 and is a Courtesy Research Associate at the Portland Urban Architecture Research Laboratory (PUARL), School of Architecture & Environment, College of Design, College of Design, University of Oregon, in 2018?2019. Dr Iba explores the art and science of creation, covering creativity of individuals, teams, organisations, society and nature toward the Creative Society, where people could create their own goods, tools, concepts, knowledge, mechanisms and ultimately, the future with their own hands. He tackles the problem with the combinational approach of systems theory, philosophy and design practices. Dr Iba has created many pattern languages concerning creative human actions in collaboration with his students, such as Learning Patterns (2014); Presentation Patterns (2014), which received the Good Design Award; Collaboration Patterns (2014); Words for a Journey (2015), which received Good Design Award and Grand Prix of the Dementia Friendly Award by Orange Act, and Project Design Patterns (2019), as well as academic books in Japanese, including the bestselling Introduction to Complex Systems (1998). His books have been translated into Chinese, Korean and German.

Inquiry form.
Only inquiries in Japanese and English are accepted.
An answer to an inquiry may take several days.
Depending on the content, we may be unable to answer, so please be forewarned.
We will use personal information you provide accordingly according to our Privacy Policy.